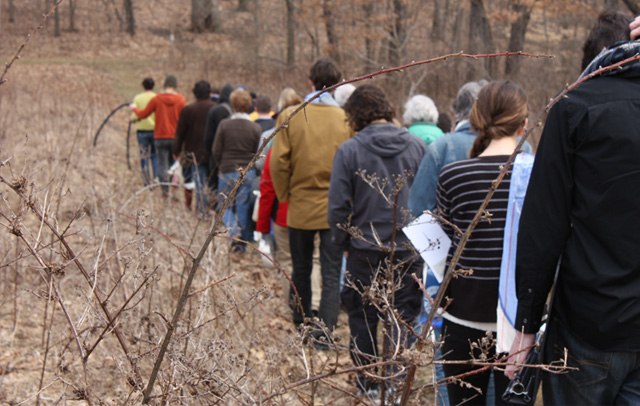 The value of contemplative activism

The *cino community gathered again last week to discuss the ninth core value of the summer, contemplative activism, and how it continues to shape *cino’s work and our lives. Our time together began rather untraditionally with the viewing of a stand-up clip by comedian Louis C.K. in which he rants on the stupidity of why self-proclaimed Christians, of all people, royally screw up the natural world (NSFW). We then took a sharp turn away from the cynical, navigated our way towards thoughtful, practical and hopeful, and arrived at two pieces written this past spring in response to the crude oil pipeline put in across land owned by The Hermitage, a silent retreat center in Three Rivers, as well as other natural space. The pieces, one by Peggy Deames and the other by Kirstin Vander Giessen-Reitsma, highlight the importance of lament in our responses to injustice.

As a student at a mid-size public university, I often witness angry marches around campus in protest to local or global injustices. Some seek to raise awareness amongst the student body, others want university officials to be held accountable, and some seem to just want attention. By no means should the value of public activism or civic duty be diminished; however, the term “contemplative activism,” as we at *cino have come to understand it, helps to distinguish between different attitudes when acting in response to injustice. As our friend Kate pointed out, oftentimes, angry protests with picket signs and coordinated chants merely serve the purpose of “screwing up someone’s day” — whether that be a city official, corporate CEO, or rival dodgeball team. Very rarely do they offer alternative solutions to the supposed problems being proclaimed; additionally, those protesting almost never explicitly acknowledge their own participation in the cycles of injustice being criticized.

This brings us to the responses to the oil pipeline addition this past spring in Three Rivers. Those who gathered at The Hermitage expressed their obvious feelings of anger, dissatisfaction, sadness and fear for “what will be done next?” But they also expressed their sorrow for a culture that is dependent upon the extraction and shipment of crude oil, and in doing so, acknowledged their own dependence on the very thing they lamented. Other than the few folks within walking or biking distance to The Hermitage, most of the folks present drove there in vehicles powered by oil-based gasoline. They recognized that to reign down righteous anger on the companies (or even more ignorantly, the workers) responsible for the pipeline would be a failure on their part to see the small puzzle piece this incident plays in a larger picture of ecological desecration fueled by a consumerist culture in which they are immersed.

This is where the value of contemplate activism is shown. By laying down our stones (or picket signs) and, instead, offering up our hands in lament, we stop drawing boundaries between the “persecuted” and the “persecutors” because we begin to see that such strict labels are never as simple or permanent as we may like. Additionally, by letting go of bitterness and hate, we open ourselves up to empathy and understanding, which creates space for entirely new possibilities for creative collaboration alongside those we may have otherwise called our enemies. Kirstin Vander Giessen-Reitsma gives us an example of the hopeful and imaginative envisioning that is possible when we practice this new form of activism:

I envision a picnic with those who come to work on the pipeline in Three Rivers, perhaps on a grassy slope overlooking the spectacle of de/construction. It will be about more than just lemonade and sandwiches, offering the nourishment of hospitality to those who’s migratory lives have been as disrupted as the soil along the line. Call it idealistic, precious, cute — but counterspeaking contradictions in such ways puts us in good company with each other and with a mysterious Word, lonely no more in our present taste of the life to come. 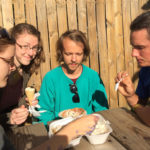 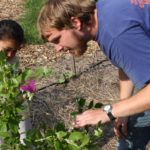