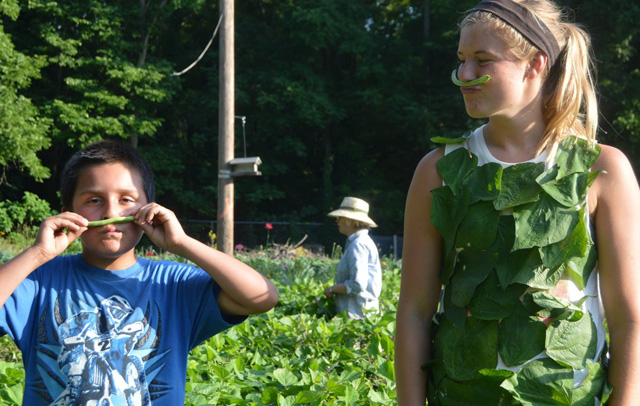 The sum of its parts: Tess’ reflection

We asked each of our 2016 summer interns to write a reflection on their time in Three Rivers. Below is Tess De Jong’s reflection:

Over the course of interning for *culture is not optional in Three Rivers, Michigan, this summer, I met plenty of new people. As is natural, they would usually ask me where I’m from. “Kalamazoo,” I would say. “Oh, so not too far at all!” they would respond. Outwardly, it was easier just to agree. But what I wanted to say was, “Actually, this is an entirely different place.”

When I am here, present, in Three Rivers, it does not seem like I can just hop in my car and be in my bedroom at home in thirty minutes. Going back and forth between the two places takes more than a block of down time between activities and an eighth of a tank of gas: It requires a total mental shift in the way I view living, and it’s difficult to keep switching.

Here in Three Rivers, I am living more intentionally than I ever have before. We think about our food sources, consumer ethics, community vision, the environment, local businesses, and take time and space for rest and contemplation. We try to make our lives visibly different because of what we believe about these things. An example would be cooking only with vegetables that are in season at the time, or manually pulling weeds instead of spraying them all. At first, it was hard to get used to. It felt exhausting and a little limiting. But it turned out to be so freeing and empowering. By living daily with more hospitality, simplicity, and imagination, I felt like I had more agency and a wider platform on which to live out my faith.

I have never felt more tied to a place after a time as short as 10 weeks. This is not in a “tied down” sense, but in a way that makes it sad to leave, and easy to come back to, even if a few years have passed. I guess that is what happens when you see the mayor at the bar, play board games with the Downtown Development Authority director, meet new people for the first time at a children’s-book-themed dinner party, get invited to pesto-making night with your bosses, have your house “mom” be the pastor of a nearby church, help plan the highest-fund-raising Huss Future Festival yet, eat meals with incredible flavors you have never even tasted before, and share a house with 6 other amazing interns who share your experiences and bring them all to life.

This summer I painted dozens of signs, sorted a hallway of heavy and dusty rummage, played my fair share of kickball with kids, became really good at washing dishes, and weeded for infinitely more hours than I had in my entire life combined. And somehow, the sum is so, so much more than its parts. What a truly indescribable and pivotal summer I had. 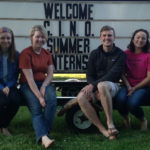 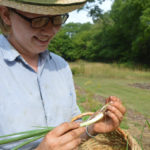 Next Story:
A sense of place: Lauren Otto’s reflection