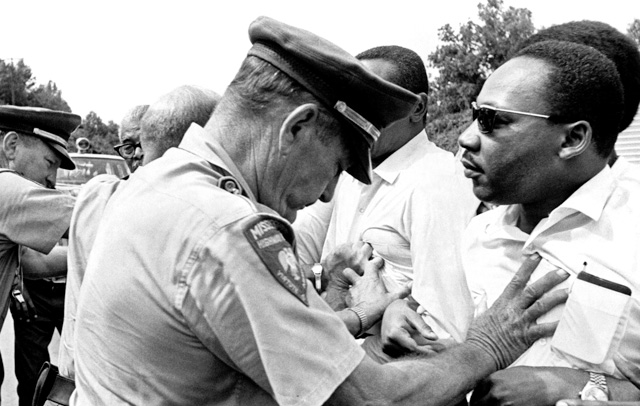 Fed up, fired up: We have work to do

Last year, *cino co-founder Kirstin Vander Giessen-Reitsma was one of the featured speakers at the annual MLK event hosted by the Three Rivers Area Faith Community called Solidarity in Diversity: Celebrating the Legacy of Martin Luther King, Jr. Here is the text from her speech:

In the 1940s, Rosanell Eaton traveled by mule wagon to the Franklin County courthouse to register to vote. Before she could get her registration paperwork, three white men made her stand with her back against the wall and recite the preamble to the constitution. Rosanell was up to the challenge, reciting the preamble perfectly—how many of us can do that?—and she became one of the first black voters in North Carolina. This type of—shall we say—“screening” was not uncommon at that time, as a way of discouraging black voters from going to the polls. We’ve come so far since those days, haven’t we?

Well, fast-forward 70 years to 2013, when Rosanell—at 92 years old—became one of the lead plaintiffs in a lawsuit against the state of North Carolina. Turns out lawmakers were up to their same old shenanigans, coming up with new rules that were primarily discouraging young people, older people, and people of color of all ages from going to the polls (as in, people who tend to vote for the “other” party). “We have been this way before,” said Rosanell at a rally for voting rights, “but now we have been turned back, and it’s a shame and a disgrace, and absolutely disgusting.” But she would not be discouraged this time either. At 92 years of age, she led the crowd in a chant: get FED UP, and FIRED UP—FED UP, FIRED UP.

It’s a good thing this kind of stuff only happens down south anymore, right?

Well, let’s look at Three Rivers. We live in a city divided into four distinct neighborhoods, or “wards.” The ward with the most racial diversity has half the median income and half the median home value compared to the ward that is the most white.[1] That’s a statistical fact. Another statistical fact: In the 2016-2017 school year, the high school dropout rate for white students in Three Rivers was less than 5%, but for Hispanic students it was 11% and for African American students, it was nearly 17%—so 5% for white students, more than double for Hispanic students, and more than triple for African American students.[2] Why is this? Each situation is unique of course, but here’s one story I heard just the other day from a parent: a child finally dropped out of our local school system last spring after being bullied relentlessly for the color of his brown skin—called the N-word, told that Mexicans belong on the floor cleaning up after the other kids. He tried to speak up for himself, but his voice fell on deaf ears. Some of us in this room are shocked that this is happening in our local schools, and others of us are not surprised. I want to speak specifically to those who feel shocked for a minute.

Those of us who feel surprised that children are dropping out of our schools because of racial bullying: we have work to do. We took a step in the right direction by showing up here on this frigid evening to honor the legacy of Dr. Martin Luther King, Jr. But if we are surprised that racism still exists in very real ways our city, in our schools, in our businesses, in our well-intentioned hearts—Rosanell might say if we are not FED UP—then we are not paying attention. And Dr. King has some hard words for us. His “Letter from Birmingham City Jail” is quite famous, but how many of us have actually read it? It’s a loving-yet-direct challenge, written to people who look like me—people who say we sympathize with the cause of oppressed people, but don’t take meaningful action. King writes,

I must confess that over the last few years I have been gravely disappointed with the white moderate. I have almost reached the regrettable conclusion that the Negro’s great stumbling block in the stride toward freedom is not the White Citizen’s Counciler or the Ku Klux Klanner, but the white moderate who is more devoted to “order” than to justice; who prefers a negative peace which is the absence of tension to a positive peace which is the presence of justice; who constantly says, “I agree with you in the goal you seek, but I can’t agree with your methods of direct action”; who paternalistically feels that he can set the timetable for another man’s freedom; who lives by the myth of time and who constantly advised the Negro to wait until a “more convenient season.” Shallow understanding from people of good will is more frustrating than absolute misunderstanding from people of ill will. Lukewarm acceptance is much more bewildering than outright rejection.

Dear fellow white people: we have work to do. Racism is not just about specific, individual acts of meanness, but about the ways our systems—our schools, our government policies, our immigration system, our economic opportunities—work better for people of a certain racial identity than for others. Racism is not just about the tasteless immigrant joke someone told in the break room last week or a white middle schooler calling someone the N-word, but about the everyday, on-the-ground impacts of centuries of strategic abuse of power.

Does that sound overwhelming to you? It probably does, so I’m going to suggest two starting points, especially for my fellow white people. First, we need to learn how to become more comfortable talking about race, including and especially our own whiteness. Can you talk for a full minute about your experience of being white? Time yourself. Give it a try. And here’s why this is important. Robin DiAngelo is a white woman who has been conducting anti-racism trainings for years. She published a book that I would highly recommend, called White Fragility: Why It’s So Hard for White People to Talk About Racism. She also wrote an article for The Guardian called “White people assume niceness is the answer to racial inequality. It’s not.” And here’s what she had to say about what happens when white people are racially unaware:

If I cannot tell you what it means to be white, I cannot understand what it means not to be white. I will be unable to bear witness to, much less affirm, an alternate racial experience. I will lack the critical thinking and skills to navigate racial tensions in constructive ways. This creates a culture in which white people assume that niceness is the answer to racial inequality and people of color are required to maintain white comfort in order to survive.

Let me be clear: It’s not “racist” to acknowledge that I am white and that I receive certain unearned privileges by being white. In fact, white people acknowledging our racial privilege is the first step to dismantling racism. Being “colorblind” is not a solution to racism. It’s a convenient form of avoidance that excuses us from having uncomfortable conversations and allows the system of racism to live on and do harm. If we respond to a conversation about race by saying we “don’t see color” or we “don’t want to get too political” or we “have black friends” so we can’t possibly be racist: we have work to do. If this describes you and you feel defensive or stumped about what that “work” is, let’s talk. I’m committed to be a conversation partner for my fellow white people because I truly believe a better understanding of our own racial identity is essential for moving beyond mere diversity toward a more truly equitable society on all levels—including right here in our own beloved community. Diversity is merely the presence of a variety of people around the table; equity is making sure everyone around that table has access to the same menu of options. And “niceness” is not going to fix the systemic educational and economic inequality in our Three Rivers community.

Now, with regard to educating ourselves about race and racism: lest you think I’m just talking about some kind of personal white enlightenment that doesn’t have any social impact, I want to emphasize that growing in our own knowledge and self-awareness inevitably has ripple effects. I don’t follow many blogs, but I do follow the writings of a white woman in our area who is the adoptive mother of a black son. She recently shared a story about visiting a national park with her multi-cultural family. Noticing the shifting streams of tourists, her son remarked, “First there were a lot of Asians, and now there are just regular people.” He quickly caught and corrected himself: “That’s not what I meant. I meant ‘white people.’” And here’s his mom’s reflection afterwards—she writes:

Not so long ago, this moment could have slipped by me unnoticed.

But, it would have been a missed opportunity, and the only lesson I’d have instilled was that noticing our differences was wrong.

Instead, I was able to respond with, “You know how we talk about the belief that white people are ‘normal’ and everyone else is not? And how we can start to think that ourselves because of all of those messages we get? Calling white people ‘regular’ is part of that.”

Which leads to my second suggestion for practical action moving forward, inspired by this mother and the difficult experiences her son faces in his school. In addition to growing our own knowledge, we need to talk to the kids in our lives about race and racism—not just on MLK Day or during Black History Month, but regularly. Talk with them about current events, even when those events are sad and hard and we’re not sure what to say. Read age-appropriate books together that explore stories of racism and stories of those who fight for racial justice.[3]We have to get specific with our kids. Teaching them broadly about “fairness” and “kindness” is not enough. We need to strategize with them specifically on what to do when they witness someone using a racial slur against another person or telling a racist joke. And most importantly: they should see us as adults putting ourselves on the line to stand up for and stand with people who are being bullied or discriminated against. Some of us may not know where to start, but if we educate ourselves about race and start to pay attention, I don’t doubt we’ll find our way.

Friends, the work of Dr. Martin Luther King Jr. is not done, but he’s no longer here to do it. And Rosanell Eaton died just one month ago at the age of 97, so she’s no longer here either to get us FIRED UP. So you know what that means: it’s just us. That’s the bad news. But the good news is: it’s us! It’s all of us, in this thing together. Look around you—go ahead: look around! We showed up for each other tonight. We showed up to celebrate the progress we’ve made, and to recommit to one another for the work ahead. This is the beloved community in which your pain is my pain, your joy is my joy. As Dr. King famously wrote, “Injustice anywhere is a threat to justice everywhere. We are caught in an inescapable network of mutuality, tied in a single garment of destiny. Whatever affects one directly affects all indirectly.” That’s not just a nice saying; it’s a call to action.

Our city has the gift of diversity; now we need to continue to work together for equity. What does that look like for us? Arm in arm with you, my family in this fight, I can’t wait to find out.

[3]Here are some ideas from Embrace Race and Brightly. 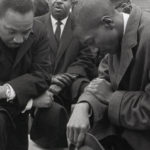 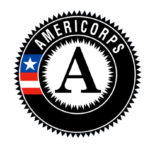 Next Story:
Apply now for our 2020-21 full-year AmeriCorps VISTA positions!