Witness for Peace: We Need to Learn to Listen

We have curated a series of quotes and writings in a booklet for our Weekly Witness for Peace at the Huss Project; the booklet is given to each attendee as an aid for reflection on what our personal work for peace might look like. We will also publish these pieces throughout the month on our web site.

This week’s reading is an excerpt from Braiding Sweetgrass: Indigenous Wisdom, Scientific Knowledge, and the Teachings of Plants by Robin Wall Kimmerer:

The Skywoman story, shared by the original peoples throughout the Great Lakes, is a constant star in the constellation of teachings we call the Original Instructions. These are not “instructions” like commandments, though, or rules; rather, they are like a compass: they provide an orientation but not a map. The work of the living is creating that map for yourself. How to follow the Original Instructions will be different for each of us and different for every era….

In the public arena, I’ve heard the Skywoman story told as a bauble of colorful “folklore.” But, even when it is misunderstood, there is power in the telling. Most of my students have never heard the origin story of this land where they were born, but when I tell them, something begins to kindle behind their eyes. Can they, can we all, understand the Skywoman story not as an artifact from the past but as instructions for the future? Can a nation of immigrants once again follow her example to become native, to make a home?

Look at the legacy of poor Eve’s exile from Eden: the land shows the bruises of an abusive relationship. It’s not just land that is broken, but more importantly, our relationship to land. As Gary Nabhan has written, we can’t meaningfully proceed with healing, with restoration, without “re-story-ation.” In other words, our relationship with land cannot heal until we hear its stories. But who will tell them?

In the Western tradition there is a recognized hierarchy of beings, with, of course, the human being on top—the pinnacle of evolution, the darling of Creation—and the plants at the bottom. But in Native ways of knowing, human people are often referred to as “the younger brothers of Creation.” We say that humans have the least experience with how to live and thus the most to learn—we must look to our teachers among the other species for guidance. Their wisdom is apparent in the way that they live. They teach us by example. They’ve been on the earth far longer than we have been, and have had time to figure things out. They live both above and below ground, joining Skyworld to the earth. Plants know how to make food and medicine from light and water, and then they give it away.

I like to imagine that when Skywoman scattered her handful of seeds across Turtle Island, she was sowing sustenance for the body and also for the mind, emotion, and spirit: she was leaving us teachers. The plants can tell us her story; we need to learn to listen. 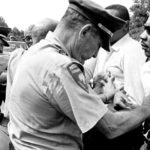 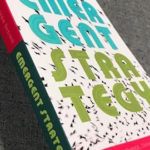 Next Story:
Witness for Peace: Love