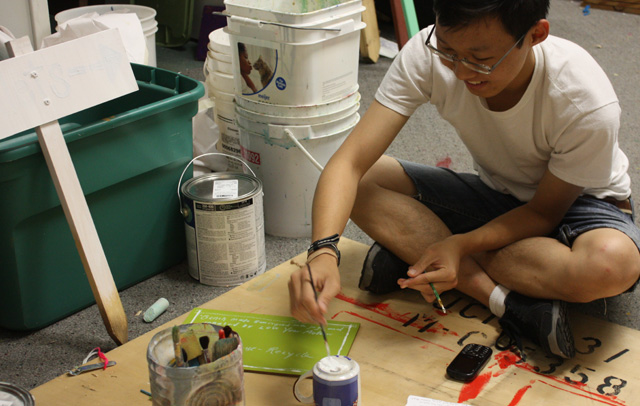 Food. Shelter. Community. Little did I know that these three would become buzz words for my friend, who was asking me about my summer. “Do you have any plans?” she had asked. “Not that I know of,” I replied. Ideally, I had hoped for a summer job, but that seemed hard to find. I settled for the three essential needs.

Almost instantly, my friend sent me a link to *culture is not optional, telling me that it sounded a bit like what I was describing in my summer hopes. “I’m not suggesting you should apply,” she said. That afternoon, as I read the mission statement on the website, I felt a growing rush of excitement rise within me. I applied anyways.

*culture is not optional (*cino) spoke to my interests in living communally with others and practicing my faith in tangible, transformative ways. I also wanted to exercise my abilities in writing and the arts by helping with the communication department of the *cino group. When I finally heard back with an invitation to join the summer program, I readily accepted, without really knowing what I was getting myself into.

Some things were expected. I quickly fell into the role of being a member of the communications subcommittee (lots of “comm”s happening here) and got to take pictures at events, meet and interview local members of Three Rivers, paint cool things and take notes during staff meetings. And, living in the Rectory, I got to enjoy homemade dinners every night and sleep in a real bed with real blankets and be surrounded by people who quickly became my friends. Food. Shelter. Community.

Much of the kindness shown to me has been a surprise. Even apart from the overwhelming generosity of *cino, Three Rivers been a welcoming town and I encountered several manifestations of that kindness, from strangers at the gas station going the extra mile to direct me to places, to being invited to the young adult group at the church I was attending, to the kids in the neighborhood around the Huss Project who pulled me into their games and their lives. These unexpected experiences make up some of the best moments of my time here in Three Rivers.

I’ve learned a lot about working alongside others for the same common purpose. The height of that learning experience was at Huss Future Festival 2013, when, all of a sudden, the space that I had been working in and preparing for nearly two months came alive with the presence of many other organizations from Three Rivers. I saw artists from Three Rivers Artist’s Guild next to local jewelry makers, listening to music played by local bands serenading guests as they chewed on food made by Three Rivers Area of Faith Community (TRAFC) and the Triple Ripple Community Garden.  In the meantime, a coin carnival run by members of Red Cross, Animal Rescue Foundation, and other groups catered to kids’ interests on the field nearby. It was a beautiful day, and a beautiful display of collaboration at its best — people coming together to serve their community in the same place.

I’ve learned that I truly love doing something that puts me in close proximity with people. I’ve learned to value what they value and respect their needs. I’ve discovered that the image of God is more than the list of attributes I have in my head, but radiates from every beautiful thing that is life and love. And that motivates me to appreciate His goodness more deeply in whichever place I find myself in, and among whichever people I’m surrounded by. As I move forward, or rather, back into college life, I hope that I can take with me the passion to serve and the eagerness to know others and put it to use in the community around me. In the meantime, I hope that *cino continues to seek after the needs of the people in Three Rivers.

In parting, I might end my journey with two thoughts, or stories, that I started my internship with:

What life have you, if you have not life together? There is not life that is not in community, And no community not lived in praise of GOD.

My precious child, I love you and would never leave you.When you see only one set of footprints in the sand, it was then that I carried you.

-Footprints in the Sand

Thank you, to everyone I’ve met here in Three Rivers. From the storefront at World Fare to the brick walls of Huss School, to the white porch of our Rectory and the churches that surround us: thank you. Thank you to the ones I’ve been able to share life with for two and a half months. 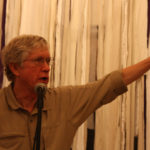 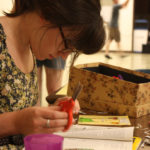 Next Story:
What to expect: Chelsea’s reflection